12 Things You Should Avoid Doing On Tinder

Gone are the days you had to depend on your friend or your social circle to get you a date. Now, with the rise of dating apps, life has become relatively easier. However, as life moves into the virtual realm, people tend to forget more and more on how to behave or handle themselves. There is no basic etiquette book on this since most of us learn through experience, but some common rules are good to follow. And if this is your first rodeo, then you will make mistakes. But don’t worry, this dating fairy godmother has got your back.

Yes, mistakes will be made but we all learn from our experiences, so, here are 12 things you should avoid doing on Tinder:

Sure, it’s cool to be mysterious but it’s not helpful if you want anyone to swipe right on you. If you’re confused about what to put on your bio, just write on who you are, what you like, what you’re looking for and what you should do, and that should enough to craft a good tinder bio.

This is pretty self-explanatory but if your profile reads like dis, then chances are, no one will be swiping right on you anytime soon. Also, curb the urge to write in mixed cases because tHAt’s nOt c00l. You just come off as juvenile and uneducated.

Beauty lies in the eyes of the beholder but the world of online dating doesn’t depend on it alone. Gym selfies are a big no-no, so are dimly lit moody pictures and too many selfies. Choose an image that is happy, sunny and has positive vibes; and honestly, more than 2 selfies make you seem narcissist, and that isn’t attractive. Upload something that shows who you are and not what you think the world wants you to be.

4. Fewer ideals, more of you

Defining your ideal partner on your bio may unintentionally make people who don’t fit your definition to the T rule themselves out. Alternatively, try to make your bio about your interests. You might be surprised by who takes your fancy, so keeping an open mind is good.

Following the above-mentioned point, don’t put a whole list of your pet peeves on your bio. Avoid using strong words like hate or despise; instead, put in things you like—chances are you may be swiped right more if you do so.

We get it you’re really interested, but that doesn’t imply you go on a campaign to woo them no matter what. It’s not cool to be pursuing someone who’s not interested or send them unsolicited pictures in the middle of the day. Also, try not to put all the weird in your bio—unless someone as weird matches with you.

The fate of the first date rests entirely on how you open the conversation—if you are the one to send the first message. Don’t just say “sup”, show a little bit of your personality. Demonstrate the fact that you’ve really read their profile, ask questions about their interests. And most importantly, do not be gross.

8. Not putting any effort into the conversation

Yes, yes we know Tinder is not the app for long conversations but it doesn’t imply that you have to be impolite and kill the conversation. If you reply with a “k”, “haha” or “lol”, it shows you have no enthusiasm. The interaction soon gets boring and you give off the impression that you don’t want this anymore.

9. Nagging is an absolute no-no

If you aren’t aware, the art of wooing a person that starts with mild insults (on his/her appearance mostly) is called negging. The goal is to bring the person's self-esteem down a bit by making them apprehensive, which apparently makes it easier to make your moves on them. ‘Dating gurus’ might swear by it, but you don’t want to be that person; this is not a good strategy at all and makes you seem like a complete jerk.

This sounds a bit stalker-ish but in the era of social media, if you don’t do some research before the date, it’s detrimental. You can learn a lot about someone by browsing through their Instagram, Twitter or Facebook. More often than not, people don’t go for a second date if political or religious ideas don’t match. Your match won’t put all this on Tinder but they will be talking about such things on SNS, so do some snooping before that date.

Everyone has some sort of baggage with them; whether it’s money problems, family drama or a bad relationship. While you want to be true to yourself and share stuff with your date, it’s important to not dump it all on them on the first meeting. Plus, Tinder is known primarily as an app for people who want to hook up and have some fun. If you feel like your date doesn’t want anything more than sex, don’t start telling them your life story--he/she isn’t going to care and that will only bring you down.

12. No swiping on the weekends

This may sound surprising if you consider that Sunday nights are often the most active hours on the app and the urge to swipe while intoxicated is high on Friday nights, but experts say it is actually disadvantageous. Some say that people are attracted to singles who present themselves as having a full and happy life; sitting on their couch on a Saturday night online sends the message that they don’t have a lot happening in their lives.

Relocating for a career opportunity is fairly common, but what about moving to increase your odds of finding a soulmate? Zillow recently revealed the best metros to find love. The rankings are based on the population of single residents and the number of single newcomers. Other factors in the mix include the number of date spots, like restaurants and bars, and the median income of residents 18 and older.

Boston secured the top spot with 66 percent of its population consisting of singles and a staggering 159 romantic meeting places per 10,000 people. Despite the steep cost of apartments, Boston singles, with a median income of $25,000, have a little more dough to spend on their dates.

New Orleans may have a party reputation, but it also ranks as the second-best place in the U.S. to find a match. Fifty-nine percent of NOLA residents are single, and there are 51 date spots per 10,000 residents.

As Zillow’s research indicates, finding a partner may also help offset the high costs of housing. Although married couples represent 60 percent of home buyers, the number of unmarried couples transitioning to home ownership is climbing. In 2015, unmarried couples represented 15 percent of all home buyers compared to 11 percent a decade ago. Meanwhile, the percentage of single home buyers dropped from 31 percent to 25 percent between 2010 and 2015. With two incomes, setting aside money for a down payment is significantly easier given the current trend of rising home prices nationwide.

Check out the full breakdown of metros where love, and perhaps homeownership, is on the horizon.

When Men Are In Love Why Do They Pull Away?

Who is John Gray?

Author of Men Are From Mars, Women Are From Venus, #1 best selling non-fiction author of all time and the leading expert on relationships.

What is this video about?

Men pull away more when they are in love.

Your Man pulls away to get balance. It is an opportunity for him to replenish his testosterone levels. It is perfectly normal for your guy after a long weekend together to disappear for awhile. He will look to accomplish things at work, solve problems, or participate in activities away from you. This is done in order to replenish his testosterone levels.

What Should You Do When He Disappears?

You should go spend time with your girlfriends, go to brunch, go shopping, go do anything that is fun for you that has nothing to do with him. Once your man has refilled his testosterone he will return. The less you reach out to him during this period of him being in his "man cave" the quicker and more excited he will be to return.

If you do feel the need to reach out to him, send him a picture of you having fun with your girlfriends. If he knows that you are accepting of him pulling away and are still happy with him he will feel a lot more comfortable to come back to you. Not to mention, he will want to take credit for some of your happiness. ;) 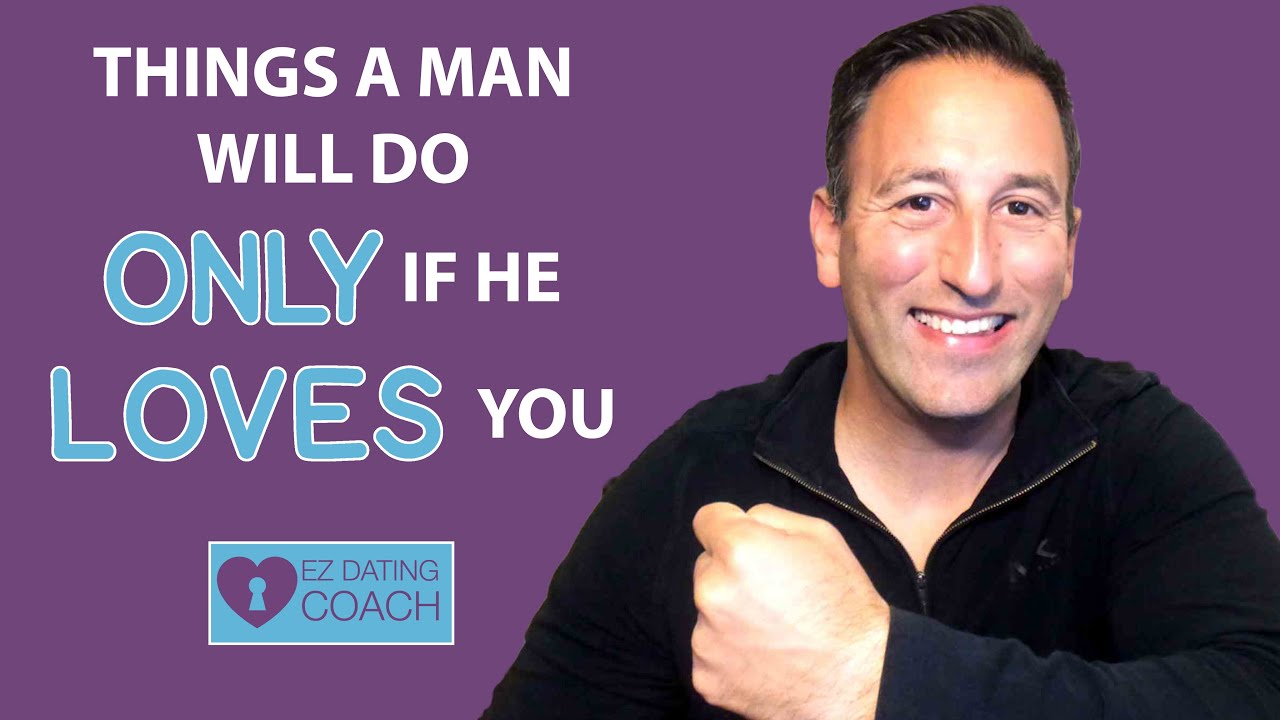 Things A Man Will Do ONLY If He LOVES You!

Things A Man Will Do ONLY If He LOVES You! 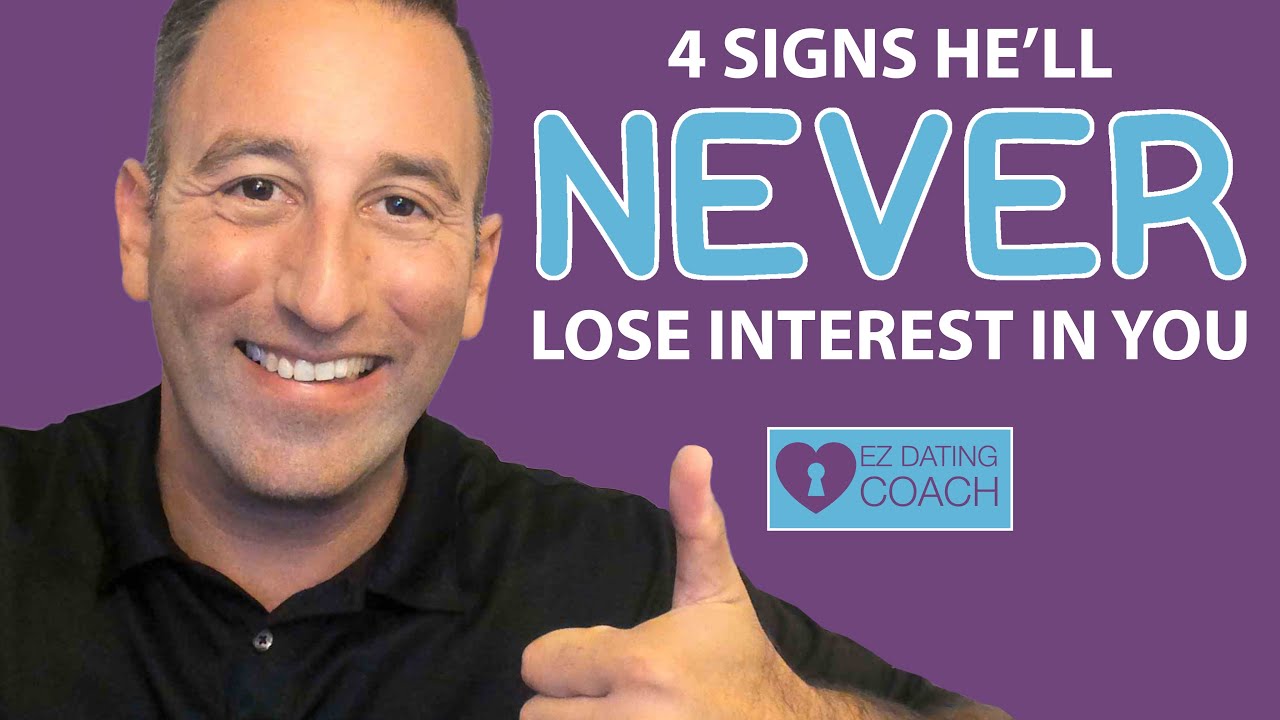 4 Signs He'll NEVER Lose Interest in You (Going The Distance) 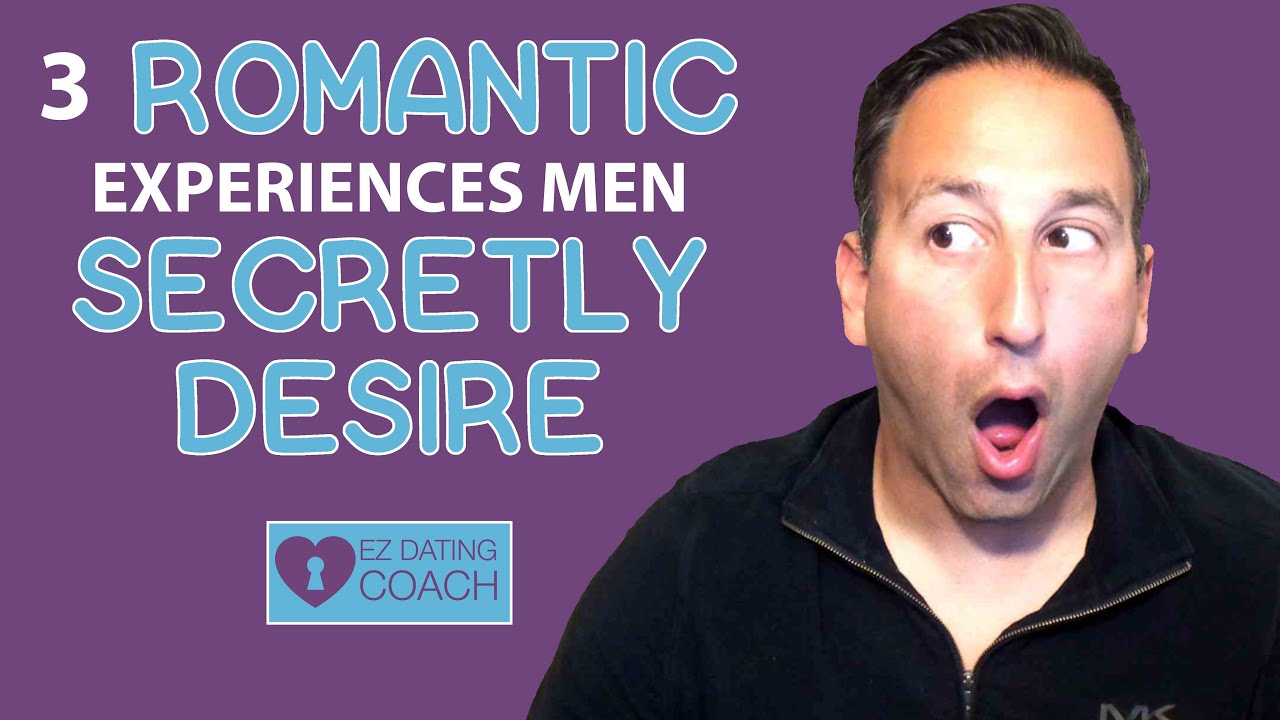