3 Ways to Make Him Miss You

Everyone goes through break-ups. There are bad break-ups, mutual break-ups, break-ups that fade away over time, or the kind that result in objects being thrown at each other. In fact, unless you decide to marry your very first middle-school crush, they’re simply inevitable. Even so, the aftermath never gets easier. Having the same person your arm for months or even years and then suddenly disappearing from each other’s lives (and social media!) is never exactly a smooth transition.

On one hand, you want to move on with your life. One door closes, another one opens, they say. Close that chapter and open a new one. But regardless of whether we want him back or not, it’s always nice to have him miss you…at least just a little bit, right? Maybe keep that door propped open a little bit while you find yourself again? Maybe earmark that page in the book just until you’re ready to dive into that next chapter? It’s all part of the process.

In order to help us move on just a little bit faster, below are a few way to make him miss you…

“Go stand over there next to that group of guys!” my friend commanded as she held her phone in front of her face and pulled up the camera. “Look like you’re flirting! Yeah…like move near them…”

I wobbled my way over to a line of frat bros, my brand new heels echoing on the floor, and leaned over the bar next to them. “Is this good?” I shouted through the crowd.

“Yup, got it!” she said as she joined me at the bar. “Caption: Single and ready to mingle. Wait no… Out on the prowl!”

My other friends nodded in approval. “Now just wait for him to come crawling back!”

After a break-up, your first reaction might be to do something drastic with your appearance (new hairstyle, new wardrobe, maybe get that tattoo you always preach about when you’re drunk). You tell yourself that this new style will allow you to separate yourself from the person you were when you were with your ex. Maybe you’re not quite over him, and trying to catch his attention. Maybe you’re trying to attract your first rebound, which will definitely get his attention.

Whatever the reason may be, the decision to treat yourself to a drastic makeover may be counter-intuitive, as your ex will most likely think you’re making that change just for him. His buddy will pull up that Instagram post on his phone (the one your friend spent a half hour editing for you), posing with your fresh new highlights, surrounded by a group of guys with that painfully obvious caption, Single & ready to mingle! or Out on the prowl!, and they’ll take another swig of that beer and laugh it off. “Guess she’s still into me if she put in all this effort!” he’ll think. As long as he thinks you’re consciously making changes in your life to catch his attention, he has you right where he wants you.

Instead, if you really want to make him miss you…be yourself, and no one else. Make him have to dig to find you. Make him realize that life goes on with out him. That he was just one chapter in the bigger story—a mere thought that you’ll eventually get to after you’re done dealing with whatever else is going on in your life. Make him think he’s not on your mind. And as a result, you will be on his.

2. Kill Him With Kindness

“I just want to let you know that now we’re officially DONE. Don’t try to call me or text me or ask me to make up bc I won’t even bother answering. We are through. THROUGH! You don’t have to worry about me bothering you anymore. This is the last time you’ll be hearing from me. Have a nice life!”

Everyone knows that break-ups are messy. They’re emotional and drawn out and tend to occupy all of your mental energy for an undetermined amount of time. Often, there are lingering feelings (at least on one end) and animosity towards the other person, regardless of what happened in the relationship to get to a point of no return. In the immediate post-break-up period, you might be tempted to try to justify your actions or correct every false accusation that he may have spit out in your arguments. You may try to change his mind about you or the situation. Or maybe you just want the last word. Whatever the reason may be, if you really want to make him miss you...resist.

There is nothing that makes someone more confident about their decision to break up with you than you begging for them to come back or beating to death every issue in the relationship until the horse is far passed rigor. The blurb above was one of the first of countless texts I received immediately after breaking up with my ex of 8+ months. I heard from him “for the last time!” about a hundred times. He wished me a nice life until he was blue in the face. And I never wanted anyone less.

Sure, I had a million things to say that would have completely contradicted everything his skewed thought process had configured in the break-up. Of course, I wanted the last word. But it’s not worth your dignity just to win the battle. Instead, respond to his manic text messages with calm and stoic answers. For example, in response to text message tantrums, I’d say something like, “Thanks for letting me know. Hope you have a nice life too.”

He would love a reason to fight with you and to somehow place himself as the victim in this whole scenario. You know someone stops caring when they stop putting in the effort of fighting it. When the buttons they used to press are no longer effective. Make him think you stopped caring, and then he’ll start missing you.

“Hey, I was gonna send you this funny article, but then I remembered it was from that conversation when we were at Jon’s house, and I wasn’t sure if you wanted to remember anything from when you guys were still like…together, so I didn’t. But I’m sending it to you now since I brought it up… Sorry. Anyway, it’s funny.”

If you had been dating for a decent amount of time (even a few months), you’ve most likely developed some kind of relationship with his family and friends. Maybe you met his friends at happy hour a few times or bonded with his sister at their house. Maybe you have some mutual friends or coworkers that still inevitably appear in your life, especially on social media. If that’s the case, and if you were actually close with them at one point or another, you don’t have to change your routine to avoid them. If you want to make him miss you, don’t drop off the map.

Just like you have your army of girls, he has his own group of loyal buddies. Maybe not to the same extent as girls (although I wouldn’t be surprised), but they’re there, keeping tabs if need be, being a good bro. Even if you’re not in contact with your ex, you can still respond to a group message or comment on a picture that his sister posts. Let him know that you weren’t just his girlfriend. You have your own personality, your own opinions. You make your own friends.

I mean, you don’t want to go out of your way, and you don’t want to over do it, but if his buddy happens to send you a funny article—something you would have laughed at weeks prior, when everyone was just one big happy family—then respond about the article. Don’t even mention him!

By popping up in his life through extensions of himself in a subtle and classy way, he’ll still sense your presence but without having the luxury of having you in his own life. He’ll see that you’re still around, just out of reach, and it will make him miss you.

How to make him miss you? Move on, but stay close.

Break-ups are always a complicated process. You had let down your guard and allowed someone to step into your life. Someone who you trusted and spent countless hours with. Someone that you brought around to your friends and family and shared a chunk of your best Millennial days with. It’s hard to let that person go, even if there were plenty of reasons for it to end.

If you want to make him miss you, let yourself move on. But don’t stray too far away—not until you’re completely ready to cut ties. Close the door, but don’t lock it. Start a new chapter, but not a new book. Make him miss you, and then you decide what you want. 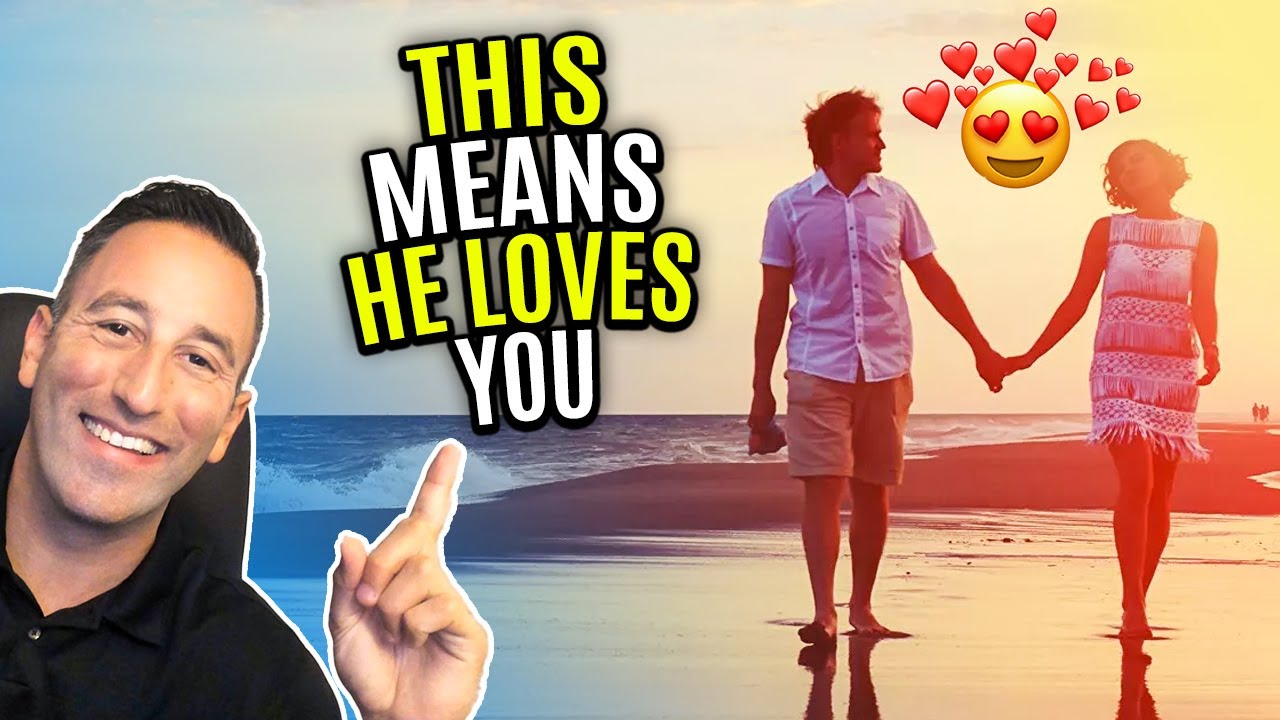 When a Man Loves You DEEPLY, He Will Do These 5 Things!